Hard Water and Its 4 Effects On Pipes

What is hard water and its effect on pipes?

As a homeowner, you have to be on the lookout for potential problems that can cost you dearly in repairs later on. Hard water is one of those problems, and many people are unaware of its causes and its effects. Hard water is water that contains high amounts of natural minerals, such as magnesium and calcium. While these minerals may not be bad for your health, it is bad for your plumbing and ultimately your home if it becomes a long-term problem. Read on to learn more about hardwater and its effect on pipes.

The first step to checking if you have a hard water problem is checking your fixtures. If you’re seeing white or yellow flakes around your faucets, sinks, or showerheads, this may be a sign of hard water buildup. This buildup comes from the high levels of calcium found in hard water and can be hard to get rid of. This is because the minerals in hard water can prevent soap from effectively cleaning and dissolving this build-up. Instead, the soap bonds with these minerals and forms something called ‘scale,’ that sticks to your water fixtures. On the off chance that you’re able to scrub everything off, you might find the same scales in a few days since these minerals build up again very quickly.

If this is the effect on the outside, imagine what your pipes look like. These accumulations can form a hard ring inside your pipes. Additionally, depending on what type of pipes your home has, the problem may be worse than you initially thought. Some types of pipes are more susceptible to this build-up than others. However, these pipes can still become affected and even blocked if your hard water problem is ignored. Over time, this can start to cause additional problems in your plumbing, which we will discuss further in this post. 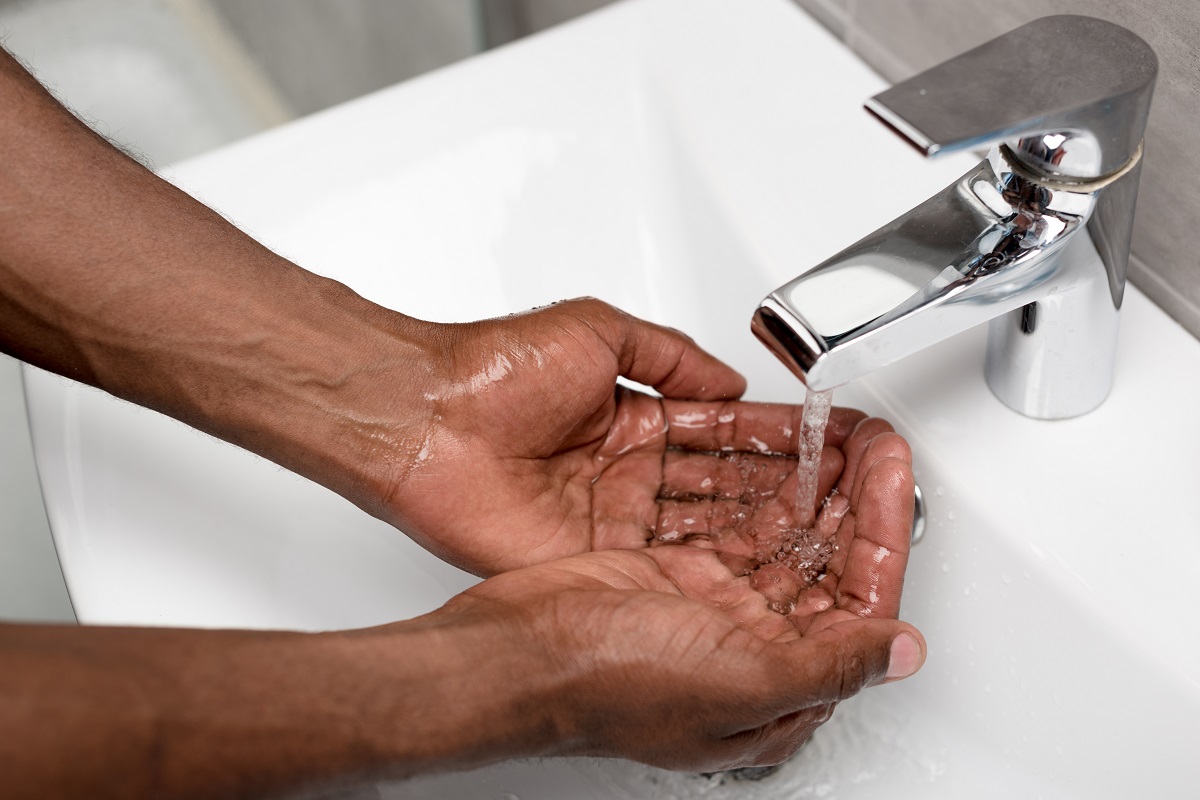 If hard water can leave a visible residue on the exterior of your plumbing, then the same minerals can harden on the interior. The mineral deposits that accumulate inside your pipes will inevitably lead to low water pressure and even clogging if left untreated.

This process is sped up if your water gets heated in your pipes or appliances. When hard water is heated, it leaves behind minerals like calcium and magnesium, which solidify into scale. Scale can pile up not only in your pipes but also in your appliances, such as your water heaters or washing machines.

This build-up narrows the pathway inside your pipes, reducing the flow of water. While the odds of this building up to the point of clogging your pipes might be low, it is still a possibility and it can impact your water pressure. Worse, once they become completely blocked, you will have to replace your pipes.

What’s more, while blockages due to mineral build-up have low chances of happening, other factors can cause clogging anyways. The minerals in hard water will have a hard time clogging your drains and pipes on their own, but when it comes into contact with soap it reacts and creates a ‘soap scum’ that hardens as it goes through your pipes. Soap scum can create additional plugs throughout your pipes as the hard water flows through the area, eventually interfering with your water flow and even your appliances.

Mineral deposits left behind by hard water can also accumulate around the openings in your water fixtures. One common example is the small openings in your shower head, where some may become clogged and not release water at all during your showers. The residue in your pipes will add to this problem, increasing the stress your plumbing experiences when you use your appliances, which may cause additional damage to your fixtures.

The minerals will also cause discoloration in many fixtures, and this is often beyond restoration. This is because the build-up eats through the coating that is common in plated plumbing fixtures. Mineral deposits can also damage the seals and valves attached to your fixtures, causing leaks and other problems for your household. The more frequently your pipes get stressed and corroded, the more common problems like drips, mold, and indoor flooding will become. 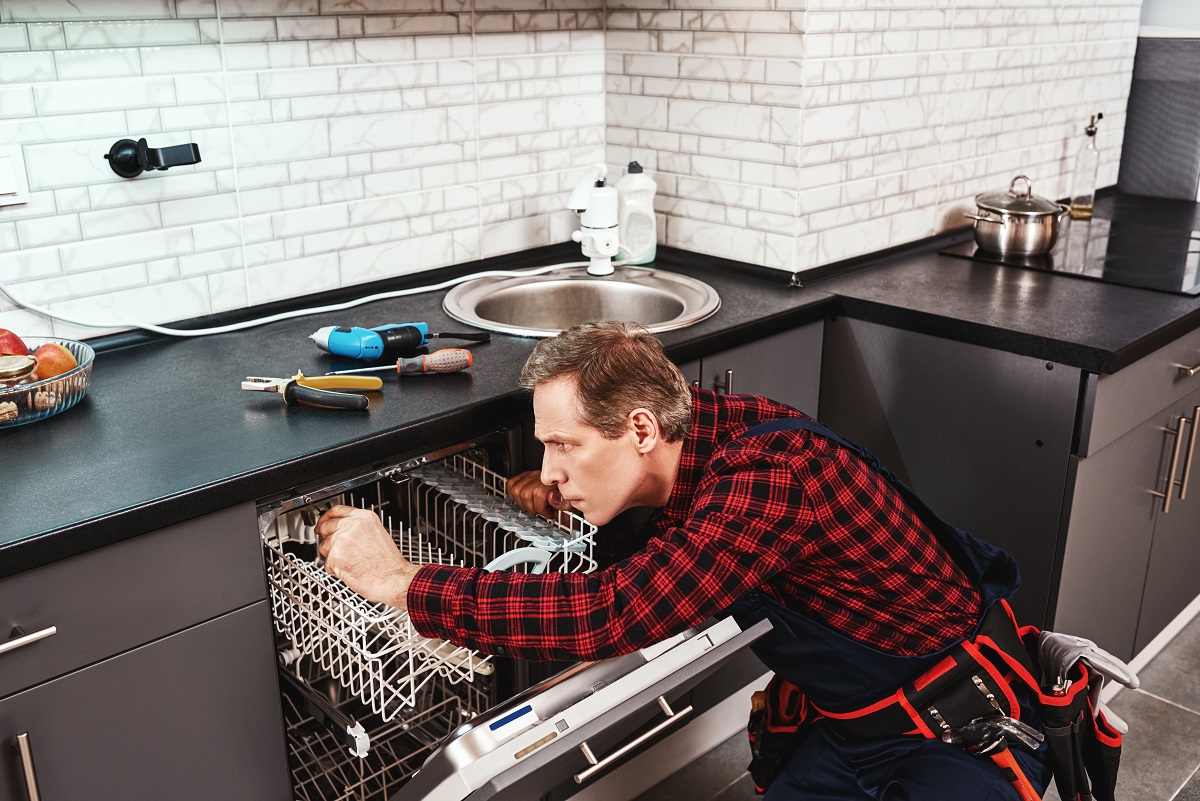 If left untreated, hard water can cause serious problems with your appliances. Built-up residue can corrode metal over time, and this can affect your appliances like your water heater, dishwashers, and even your coffee makers.

Hard water can significantly decrease the lifespans of your appliances and can cause them to operate less efficiently and it wears them down at a quicker pace. An example of why this happens can be seen in hard water build-up in water heaters. Your water heater will have to heat not just the water but also the minerals found inside hard water. If this is a long-standing problem, it will also have to heat all the scale accumulated inside. This is a lot of work, and overall results in less efficient appliances and more repairs and replacements over time.

Knowing the signs of hardwater and its effects on pipes is the first step to preventing additional problems for your home. The buildup caused by hard water in your showers, sinks, and faucets is only one part of the problem. The mineral deposits can build up inside your pipes over time, causing all sorts of plumbing problems. Low water pressure, clogging, increased stress on pipes and fixtures, and even damage to your appliances are all caused by an untreated hard water problem. Overall, this can result in less efficient plumbing and more repairs over time.